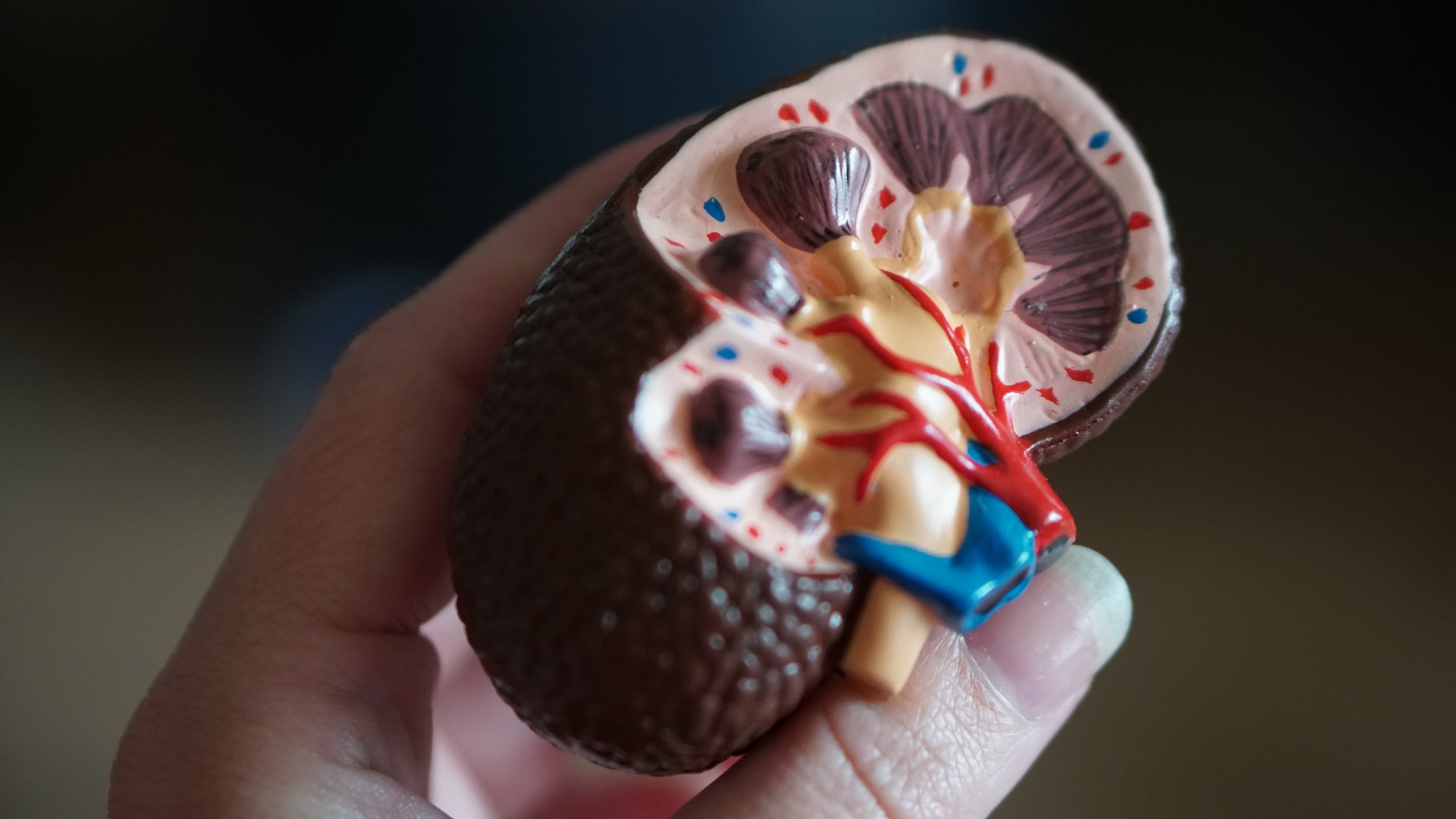 The excretory system is a key topic in the MCAT and forms part of the Biological and Biochemical Foundations of Living Systems section of the exam. To effectively prepare for the MCAT, it’s essential that you have a good understanding of the various parts of the excretory system, and are able to answer questions related to them.

An introduction to the excretory system for the MCAT

The excretory system describes the kidneys, ureters, bladder and urethra. It is responsible for filtering the blood to remove waste products from the body as a whole. The kidneys are two bean-shaped structures, one on the right of the body and one on the left. They are situated more posteriorly on the abdomen, with the right kidney being slightly lower than the left kidney. The kidneys consist of several cortices that converge into the ureters at the medial part of the kidney, known as the renal pelvis. The ureters travel downwards in the abdomen until they enter the bladder. This stores the urine until it is released out of the urethra and leaves the body.

Homeostasis refers to the body’s ability to adapt to its internal environment as a result of external changes to maintain a state of equilibrium. This includes factors such as maintaining the correct internal temperature, maintaining water levels, and modulating blood pressure and heart rate in response to exercise.

Renin is an enzyme that is produced and released by the kidneys to alter blood pressure. Its release is thought to be stimulated by a drop in calcium, which is detected by juxtaglomerular cells that exist on the afferent arteriole and occur when the blood pressure is low. Renin will enter the bloodstream and eventually encounter angiotensinogen, a peptide released by the liver, which will be cleaved into angiotensin I. This will then get cleaved further into angiotensin II by an enzyme called angiotensin, converting enzyme (ACE), released from the lungs. Angiotensin II will stimulate the release of aldosterone from the adrenal glands, which will conserve salt within the blood in the kidneys. This, in turn, pulls more water back into the blood after it has been filtered out in the kidneys, therefore increasing blood pressure. This system is known as the renin-angiotensin-aldosterone system, otherwise known as RAAS.

Osmoregulation is the process of maintaining the osmotic pressure in the blood to be able to control water and electrolyte loss, and this is done predominantly by the kidneys. The kidneys will initially filter all of the water out, however, variable amounts will be reabsorbed depending on the body’s conditions. There are three mechanisms in which this will occur: passive diffusion, active perfusion and cotransport, where the water will move across membranes alongside other substrates, usually glucose or sodium. These usually occur in the nephron of the kidney. By the time the filtrate reaches the proximal convoluted tubule, blood plasma osmolarity and filtrate osmolarity are equal. In the descending loop of Henle, water will leave the filtrate, but ions cannot; however, in the ascending loop of Henle, ions will leave, and water cannot, therefore balancing out the overall osmolarity again. The final area in which water concentrations may be altered is in the collecting duct, in which a hormone called ADH will signal the reabsorption of water from the interstitial fluid back into the collecting duct, thereby increasing the water content in the urine and decreasing it in the blood.

This form of homeostasis refers to the body’s control of pH and is vital for the optimal function of organs (such as the stomach) as well as the enzymes in all cells and fluids around the body. This is vital in situations of both acidosis (low pH) and alkalosis (high pH).

In cases of acidosis, the body needs to dispel H+ ions, and this is the job of the collecting duct of the kidneys. Further, the kidneys will reabsorb more bicarbonate into the bloodstream, which also helps to buffer carbon dioxide and reduce the overall acidity. Conversely, the opposite occurs in cases of alkalosis. The kidneys will cause more bicarbonate to be released into the urine while preventing the loss of hydrogen ions, increasing the acidity.

The main waste product that needs to be released from the body is a nitrogenous product called urea. This is a substance that is highly soluble and has a neutral pH. It is responsible for metabolism of other nitrogenous wastes and is the main component of urine. It is removed from the blood in initial filtration in the glomerulus, at which point it is never reabsorbed back into the blood so is free to leave directly in the urine.

The basic structure of the kidney consists of an outer cortex and an inner medulla. The medulla consists of about 15 pyramid-shaped structures which contain the loops of Henle, lined up next to each other.

The cortex is the thinnest part of the kidney and forms a fibrous capsule around the structure as a whole. It helps to protect the kidneys from external damage and is also the beginning site of the nephrons. The convoluted tubules are the most important part of the cortex of the kidney, which will then lead into the loop of Henle in the renal pyramids.

The renal medulla describes the main part of the kidney, consisting of several pyramids separated by the renal columns. Each pyramid contains the loop of Henle part of the nephron, and the osmolar differences that occur from the outer medulla to the inner medulla are what result in the reabsorption of different components of the filtrate in the loop of Henle. Each collecting duct in each pyramid converges into the papilla, which empties into the minor calyx. 2-3 minor calyces will converge into a major calyx, and around 5 major calyces will converge into the renal pelvis, which will empty into the ureter.

The nephrons in the kidney are the structures that are responsible for the filtration of blood and the formation of urine.  They consist of the glomerulus, proximal convoluted tubule, loop of Henle, distal convoluted tubule and collecting duct.

Substances that leave the fenestrated capillaries in the glomerulus will enter the Bowman’s Capsule. This is a cup-shaped structure lined with podocytes, which are cells that have foot-like extensions that assist in the maintenance of the glomerular filtration rate. The Bowman’s capsule is full of fluid and will converge at one point to a structure known as the proximal convoluted tubule.

The proximal convoluted tubule is the first section of the nephron through which filtrate will pass after being initially collected in the Bowman’s capsule. As in the same, this tube has lots of turns and coils to increase its surface area, as well as the borders having microvilli to maximize filtration. It is the part in which a large portion of the water and salt is reabsorbed back into the blood. It is also responsible for the excretion of hydrogen ions in cases of acidosis. Finally, the proximal convoluted tubule is where several amino acids are reabsorbed back into the blood.

The loop of Henle is the main portion of the nephron that extends down into the medullary pyramids in the kidney. It is a long U-shaped structure, and its length varies depending on the type of organism and its own needs. The descending loop of Henle comes first, and this is the part of the loop that is permeable to water but not to ions, so this is where water will be reabsorbed into the blood from the filtrate. The higher up the loop, the higher the osmotic pressure in the filtrate as opposed to the vasa recta (series of vessels surrounding the loop). This means that more water will leave the filtrate higher up in the loop. The ascending loop, however, is permeable to only solutes and not to water, so this is where sodium, potassium and chloride will leave the filtrate through selective channels.

The final part that is individual and independent for each nephron is the distal convoluted tubule. Similar to the proximal tubule, it curls around itself a lot. It continues the role of the loop of Henle by allowing for the reabsorption of sodium, potassium, and chloride from the filtrate into the blood. It is targeted by thiazide diuretics, which prevent the release of sodium and potassium into the blood at the distal convoluted tubule. In time, this will also increase the reabsorption of water back into the filtrate at the collecting duct, preventing water build-up in the extremities.

The collecting duct is the final part of the nephron; however, it is not individual to each nephron. The distal convoluted tubules of several nephrons will join to one collecting duct, and it is several of these ducts that will fuse at the renal papilla to empty into the minor calyces. The collecting duct is the area in which the final part of water homeostasis will take place and it determines the total urinary water content. It has aquaporins in its membrane, which are water channels that facilitate the movement of water from the filtrate into the interstitial fluid. In cases where there is low water volume (hypertonic blood), a hormone called ADH will be released. This works to increase the number of aquaporins on the collecting duct, thereby facilitating water loss from the filtrate and reabsorption into the blood.

Glomerular filtration refers to the substances that pass out of the glomerulus into the urine. These substances form the base of the urine as it is the first point of filtration from the blood. The glomerular filtration rate (GFR) is a common lab test that describes the speed at which these substances are being filtered and is commonly decreased in several kidney diseases. It prevents the movement of negative charges as the basement membrane is negatively charged and although it is very permeable, blood components over a certain size would not be able to pass through the barrier.

Secretion and Reabsorption of Solutes

Reabsorption mainly occurs in the proximal convoluted tubule and the loop of Henle. Although several nutrients are filtered out of the blood in the glomerulus, most of these are reabsorbed once again in the proximal convoluted tubule. The main ion to be aware of is sodium, which is mainly reabsorbed through active diffusion using transporters. It is important to understand that in the majority of the body, concentrations of sodium directly correlate with concentrations of water, as sodium is the biggest determiner of overall water concentration. This means that if sodium leaves the filtrate in the blood, the concentration of water within the blood will decrease, triggering the movement of water from the filtrate into the blood too. As a result, when sodium leaves the proximal convoluted tubule to be absorbed back into the peritubular capillaries, water will often follow.

Hopefully this guide has improved your understanding of the excretory system for the MCAT. For more revision materials, check out our MCAT topic blogs, covering everything from the digestive system, to the circulatory system, to the respiratory system, and beyond. For information about the MCAT test dates, registration and fees for 2023, and how to prepare, we have a complete guide to the MCAT. Or if you want to learn more about how the MCAT is scored we’ve also got you covered.