Protein Structures: A guide for the MCAT 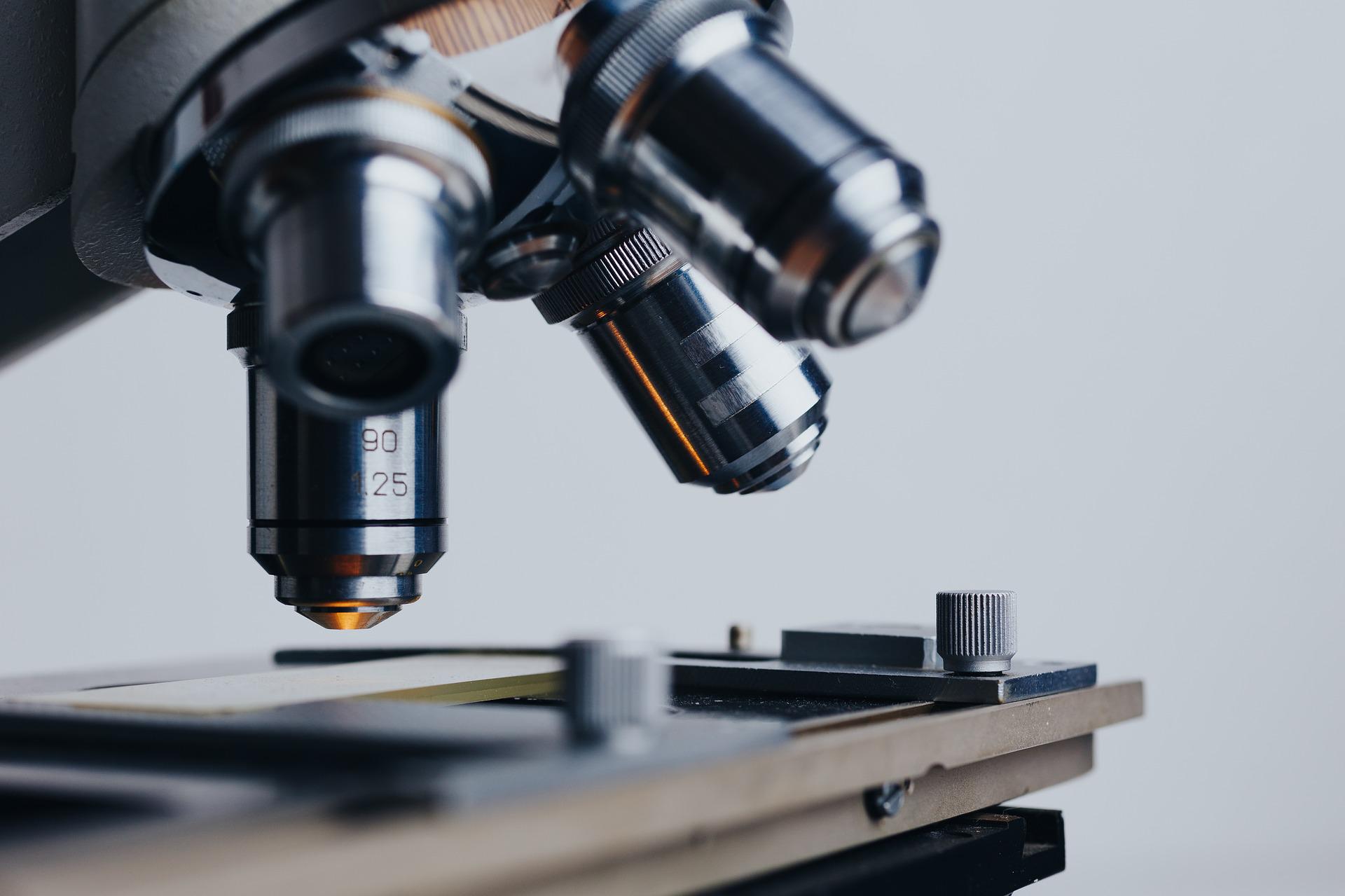 What do I need to know about Protein Structures for the MCAT exam?

Proteins provide critically important structural, immunological, transport, signaling, and enzymatic functions. The basic building block of the protein is the amino acid (find everything you need to know about amino acids for the MCAT here). Cellular mechanisms under precise gene regulation link amino acids together in specific sequences and form the structural conformations necessary for each protein to serve its unique function. Proteins undergo increasingly complex and stepwise folding, intramolecular, and intermolecular binding to form single or multi-subunit functional complexes and these can be grouped into four major structural categories which you need to know for the MCAT: Primary, Secondary, Tertiary, and Quaternary. The final functional conformation of a protein is usually referred to as the native conformation and represents the lowest Gibbs free energy state of that protein. This guide will give you further information about Protein Structures that you will need to understand by the time you take your MCAT exam to ensure you get the score required to apply to your favourite medical school.

Primary protein structures refer to the sequence of the amino acids that make up a protein.

Amino acids covalently link to one another through dehydration reactions forming the peptide bond and creating the polypeptide chain and “backbone” of the protein. Peptide bonding of amino acids occurs between the C-terminal of one residue and the N-terminal of the adjacent residue. The constitutive amino acids of a protein are also referred to as its “residues”. The ultimate shape of a protein is greatly influenced by the sequence of amino acids that comprise the primary structure and the chemical properties like polarity and hydrophobicity inherent to the side chains of each one. These inherent properties influence a protein’s interactions intramolecularly and with the surrounding environment contributing to the final three-dimensional shape in space of the functional protein: the native conformation. Thus, a mutation of just a single amino acid at the primary protein structure level or aberrant activity during the folding process can result in clinically significant consequences to the entire function of a protein.

Intrapeptide hydrogen bonds between carboxyl oxygens on one residue and the N-H group of another add the next layer of complexity to a primary protein and form the two structural motifs that characterize the secondary protein: alpha helices and β-sheets or β-pleated sheets. Secondary proteins helices and sheets can link together to form structural motifs like the helix-turn-helix, the β-barrel, a combination of β-sheets, and the β-hairpin motif.

In an alpha helix, hydrogen bonds linking the C=O and N-H groups of every fourth amino acid in the peptide causes the chain to coil, twisting in a rightward direction with 3.6 residues per turn of the helix. The main amino acid chains that form the peptide backbone follow along the helical axis while the side chains of each residue orient opposite the axis. Indefinite twisting and residue binding of a helix is prevented through a process known as capping. Capping terminates the alpha helix and happens because the N-H groups of the first four residues and the C=O groups of the last four residues cannot participate in intrahelical hydrogen bonds and thus are bound or “capped” through other, often hydrophobic moieties.

β-sheets are secondary protein structures where C=O and N-H hydrogen bonding occurs between adjacent polypeptide strands. The terms parallel and anti-parallel are used to further define the C=O to N-H hydrogen bonding of the sheet forming strands and refers to the directionality that the C to N termini of each residue runs. In parallel B-sheets, all C to N termini of each sheet-forming residue orient in the same direction whereas the opposite is true for antiparallel, with the side chain R-groups oriented alternately above and below the plane of the sheet. Due to these orientation differences, the angle of the hydrogen bond in an antiparallel β-sheet is linear, and this confers greater stability to the antiparallel conformation. It is possible to have both parallel and antiparallel β-sheets within a given protein and these are known as mixed β-sheets.

The versatility of a β-sheet gives the structural support and flexibility necessary for a protein to fold into its native conformation. The folding of a linear primary protein to create β-sheets is a result of the β-turn, a feature of secondary proteins. These turns are spatial arrangements caused by hydrogen bonding between the carbonyl group of one residue and the amide proton of another residue three amino acids downstream in the polypeptide and are categorized based on the bond angles between residues participating in the turn. The β-hairpin motif is a β-turn resulting in the formation of the simplest form of antiparallel β-sheets whereas alpha helices often link parallel β-sheets.

The tertiary protein is the three-dimensional conformation and culmination of the intrapeptide and environmental interactions of a protein’s constituent residues and their respective side chains. Some characteristics associated with tertiary protein structures include chaperone guided folding, disulfide bonds, external stabilization via polar side chains oriented outward in aqueous cellular environments to form hydrophilic ionic bonds or residue-residue hydrogen and covalent bonds and the inward facing hydrophobic interactions by non-polar side chains.

Once you feel comfortable with the four major structural categories that you need to know for the MCAT exam, it is time to move on to familiarizing yourself with conformational stability.

Protein stability, folding, and structural formation is governed by a multitude of factors owing mainly to the sequence of its constituent residues and their associated side chains and can occur in stages as the protein assumes its functionality. Hydrogen bonding to form helices and β-sheets, disulfide bonds, and intrapeptide hydrophobic pockets all contribute to the lowest entropy state, the hallmark characteristic of the stable and functional protein and its subsequent quaternary structure interactions.

Any perturbation that disrupts or modifies the highly ordered original interactions of a functional protein can be said to cause denaturation. Not surprisingly, common sites for denaturation of a protein are weaker intrapeptide bonds such as hydrogen bonds or areas of the protein subject to high angle strain. Protein denaturation can occur through a variety of methods most commonly by the addition of heat, physical disruption through shaking or centrifuge, changes to the pH of the surrounding solution, urea, and detergents, oxidizing or reducing agents, certain enzymes, and other organic solvents. Denaturation can result in the temporary loss of a protein’s function until the perturbing agent or stimuli is removed and a favorable environment restored, or permanent loss of function if the denaturation is irreversible.

Hydrophobic interactions with residue side chains and the surrounding cellular aqueous environment are a key contributing factor to protein folding and stability. Hydrophobic interactions happen between non-polar amino acids with side chains that are poorly water soluble. This spontaneous and entropy-favoring reaction shifts the hydrophobic side chains away from the surrounding water molecules, shielding them within the protein where they are further stabilized through van der Waals forces and decreasing the surface area of a protein.

Water molecules form a solvation layer around non-polar solutes that rearranges the less orderly intra-water molecule hydrogen bonds into a more organized system of hydrogen bonds called clathrate cages around the hydrophobic molecule. The clathrate cage formation is a non-spontaneous, highly organized, and entropy lowering reaction with decreased stability. However, hydrophobic interactions between non-polar molecules in aqueous solutions are spontaneous and enthalpy increasing reactions that disrupt the clathrate cage, breaking the orderly hydrogen bonds so that they return to their less orderly binding pattern, increasing the entropy and stability. Thus, under physiologic conditions native conformations of proteins with hydrophobic interactions between non-polar side chains oriented inside the protein is spontaneous and the more stable, lower entropy conformation.

What do I need to know about protein separation for the MCAT?

The AAMC student resource is really useful in breaking down what you need to know about specific subjects when preparing for your MCAT.

Protein separation is a valuable scientific tool for analysis of proteins. Protein separation methods leverage the properties of constituent residues and their side chains like charge, size, and solubility to identify and select a given protein of interest.

The isoelectric point (pH(I), pI, IEP) is the pH of the surrounding environment where a protein has a net neutral charge caused by the loss or gain of protons from the side chains of the constituent amino acids, estimated by the Henderson-Hasselbalch equation. Proteins have a net negative charge in a pH above their isoelectric point and are net positively charged in a pH lower than their pI. In a gel electrophoresis, separation of proteins by their net charge involves use of a pH gradient while the ion exchange chromatography method allows for extraction of a protein of interest out of positive or negatively charged matrices since a protein at its IEP would have no binding affinity to either charge thereby disassociating from the matrix.

This blog provides an overview of everything you need to know about Protein Structures for your MCAT exam. For more revision help, we cover a wide range of MCAT topics – including membrane-bound organelles and defining characteristics of eukaryotic cells, the citric acid cycle, the circulatory system and amino acids for the MCAT – in our blogs.

When preparing for your MCAT, our MCAT Guide and handy MCAT Checklist will help you keep on top of everything you need to know and do to enhance your ability to achieve the score you need.