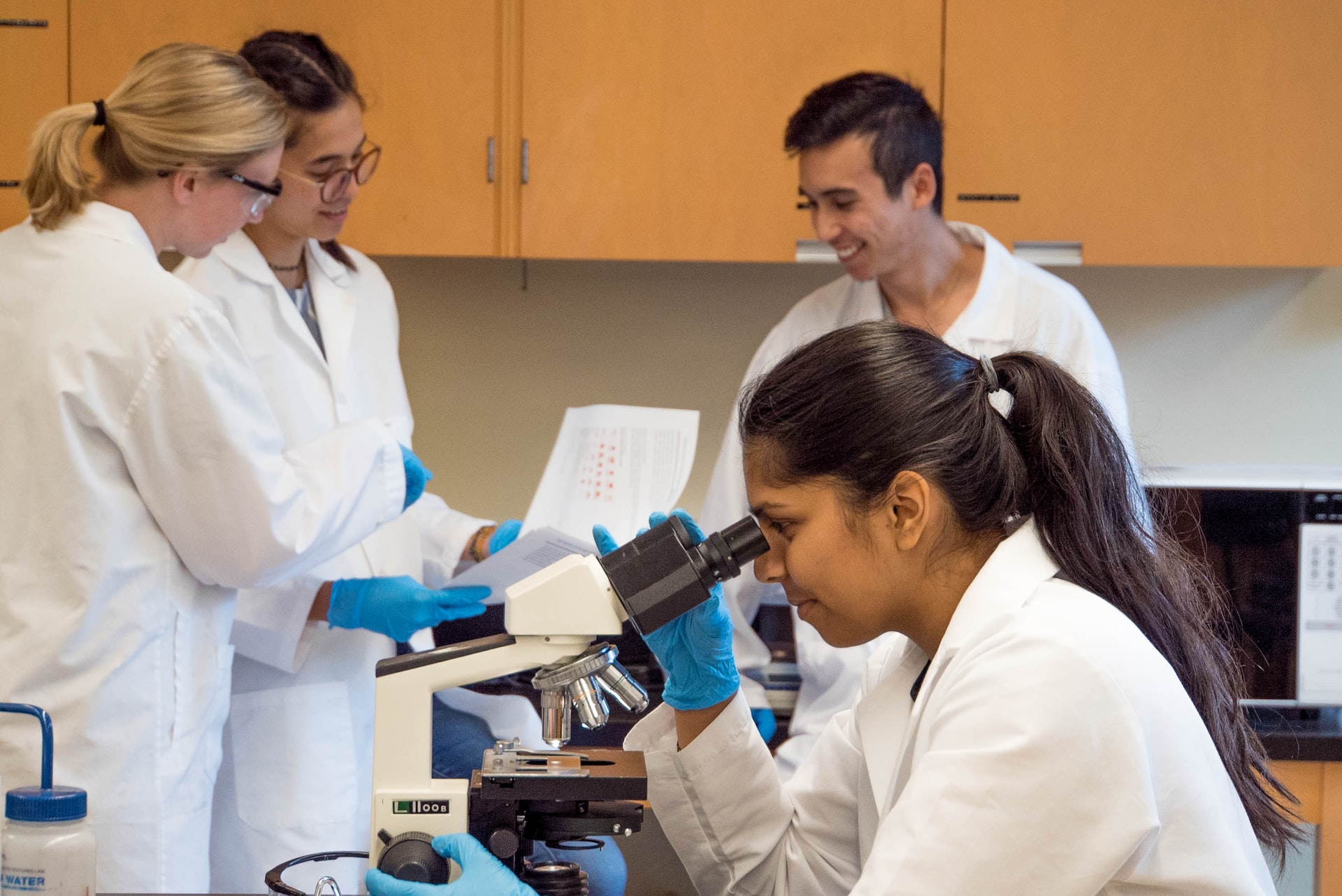 Having a good understanding of membrane-bound organelles and being able to define the characteristics of eukaryotic cells is vital for the MCAT exam if you want to achieve a good score. This comprehensive guide will provide you with an overview of the key subject information based on the MCAT syllabus.

Cells are the building blocks of human life, containing organelles that enable the body to produce ATP for energy, proteins for growth and repair, DNA for defining features and the breaking down of harmful substances amongst others. The two main classifications of cells are eukaryotic cells and prokaryotic cells, with eukaryotic cells referring to the cells that make up plants and animals, as well as fungi and protozoa. Prokaryotic cells, however, are those that make up bacteria and Archaea – a group of organisms that are structurally an intermediate between bacterial cells and eukaryotic cells.  The structure and contents of these cells are specialized to their function, allowing for different processes to occur in an efficient way.

What do you need to know about eukaryotic cells for the MCAT exam? We’ve broken it down below:

All eukaryotic cells are surrounded by a phospholipid bilayer, which enables the transfer of several molecules such as nutrients and hormones in and out of the cell. It is also essential for maintaining the internal environment of the cell, as well as having receptors for different hormones, neurotransmitters, and proteins to bind to in order to elicit a cellular response.  This means that the cell can respond to external stimuli (such as insulin causing cells to absorb more glucose from the blood), while reducing the negative effect of environmental changes, such as reducing denaturation of enzymes due to head increases. In animals, this is the only layer surrounding the cells, but plants and fungi have a further layer, called the cell wall, surrounding the cell membrane. The cell wall is made up of mostly polysaccharides, or sometimes (in plants) cellulose. Its purpose is for extra physical protection against external pressures, and it also acts as a water regulator. This means that eukaryotic cells with a cell wall are less likely to burst or shrink due to excess water or excess pressure than those without.

One of the main differences between eukaryotic and prokaryotic cells is the structure of organelles. In eukaryotic cells, the organelles, including the nucleus, are bound by a membrane. This means that, similar to how the cell as a whole is surrounded by a membrane, different organelles can have different microenvironments suited to their function. In practice, organelles such as lysosomes, which require a very acidic environment, can exist within the cell without their acidity causing enzymes in the cell cytoplasm to be denatured. Furthermore, the nucleus of eukaryotic cells consists of several chromosomes, which replicate and split apart during mitosis. This differs to prokaryotic cells, where none of the organelles are membrane-bound, and their genetic material is stored in a single, circular chromosome, called a nucleoid, as well as circular DNA molecules called plasmids.

Cell division is an important part of the cell cycle. It is an important part of tissue growth and recovery and is also a major target for different cancer therapies. The way in which eukaryotic cells divide is through either mitosis or meiosis. Most cells divide via mitosis; a series of steps that results in the formation of 2 genetically identical daughter cells from one original cell. This differs from meiosis, which occurs only in sex cells, and results in 4 genetically differing daughter cells. Prokaryotic cells, however, divide by a process called binary fission, which contains similar steps to mitosis, but is, as a whole, much simpler and therefore much more likely to result in genetic abnormalities.

When revising the nucleus for the MCAT exam, brush up on your knowledge of the following topics:

The nucleus is the organelle of the eukaryotic cell that contains the DNA. This DNA is used to determine structure and function at a cellular level, a tissue level, organ level and organism level. For most of the cell cycle, the DNA is free and exists as strands, however, when preparing for cell division, this DNA gets condensed via coiling and supercoiling into chromosomes.

The nucleolus is an area of condensed chromatin within the nucleus which, unlike most other organelles, is not bound by a membrane. It is estimated to take up about 25% of the volume of the nucleus. Its main role is in the production of rRNA, however recent studies have found that its role is much more complex than originally thought. This includes important roles in gene expression, organization of the genome and the body’s response to stress. As a result of these roles, the nucleolus has recently been found to be implicated in certain cancers.

The nucleus is surrounded by a bilayer membrane. The inner membrane is a meshwork of Type IV intermediate filaments and is responsible for maintaining the nuclear environment, as well as regulating different parts of the cell cycle. The lamina itself is a structure that is only present in animal cells, however, all eukaryotic cells contain the inner membrane. The outer membrane has a structure similar to that of the rough endoplasmic reticulum and contains ribosomes on its surface that can transport proteins directly to the rough endoplasmic reticulum.

The envelope is what is called ‘selectively permeable’, which means that certain molecules are free to pass through it, though others require proteins or pores to be transported across it. This is done through nuclear pores, which are transport channels through the inner and outer membrane. The main molecules that are transported across this membrane are RNA molecules that need to be translated into proteins, and rRNA for the formation of ribosomes.

You will often be asked questions related to mitochondria in the MCAT exam, the following are key areas to revise:

Mitochondrial structure for the MCAT

ATP production for the MCAT

The main source of ATP production is in the electron transport chain stage of aerobic respiration, which occurs in the inner membrane of the mitochondrion. The mechanism of this is caused by proton pumps in the inner membrane that work to pump H+ from the mitochondrial matrix to the intermembrane space. This proton movement creates a proton gradient, which is utilized by ATP synthase: an enzyme within the inner mitochondrial membrane that phosphorylates ADP into ATP. The breakdown of ATP is then what releases the energy used for cellular processes.

Mitochondrial DNA replication is the first stage of replication of the mitochondrion as a whole. Before replication can start, certain proteins within the mitochondrion need to be present, and although most of these are made in the matrix itself, other proteins are created by the nucleus of the cell in which they inhabit. Despite utilizing cellular proteins, the mitochondria replicate via the prokaryotic process of binary fission, which involves invagination of the cell membrane layers, followed by splitting of the membrane and the production of 2 daughter cells.

What do I need to know about the function of lysosome for the MCAT?

Lysosomes are organelles within eukaryotic cells that are responsible for the breakdown of different substrates and waste products within the cell. They are bound with membranes and contain enzymes such as glycosylases for carbohydrates, lipases for lipids and proteases for proteins. The material that they digest is delivered to them from endosomes, and in certain circumstances, they can be fused with phagosomes (vacuoles containing broken down material that has been phagocytosed) to form phagolysosomes. This is important in the breakdown of pathogens. They possess an acidic environment for optimal function of the enzymes within them, working best at a pH of about 5.

What do I need to know about endoplasmic reticulum for the MCAT? The key topics are broken down below:

The rough endoplasmic reticulum (RER) is the part of the endoplasmic reticulum that is within the closest proximity to the nucleus of the eukaryotic cell. The function of the RER is to translate mRNA into proteins that are secreted directly into the lumen of the organelle. The way in which this works is that certain ribosomes exist only on the surface of the RER, resulting in it having a ‘bumpy’ surface (hence the name ‘rough’). There are certain proteins that are translated in this way instead of through free ribosomes, including proteins that are integrated into the cell membrane, proteins to be secreted out of the cell and enzymes for lysosomes. Once in the RER, these proteins are folded via molecules called ‘chaperones’, and are then sent to the Golgi apparatus for processing.

Proteins that are dedicated to the RER have hydrophobic tails as signaling molecules. These hydrophobic tails are inserted into the RER and are then cleaved off within the lumen by peptidases. Once this has happened, the proteins are folded via molecules called ‘chaperones’, and tagged with more signaling sequences, which send them to vesicles that are budding of the endoplasmic membrane. These vesicles will then fuse to the cell membrane, so the proteins can be secreted out of the cell.

Phospholipids are molecules made of proteins and lipids that are a major component of the cell membrane. They are produced in both parts of the ER, using proteins that exist on the surface membrane on the cytosolic side of the ER. The components are then sent through the transitional ER and absorbed into vesicles, which are then sent to the Golgi apparatus for processing.

What do I need to know about Golgi Apparatus for the MCAT?

The Golgi apparatus is a series of sacs that appear separate to the endoplasmic reticulum. It has a double membrane, and its primary function is for the processing and transportation of different substances within the cell. Processes that may occur include glycosylation, phosphorylation, and removal of mannose residues among others and each of these works to create signal sequences on the molecules, so they get sent to the correct place. The processed molecules will then be released through vesicles, either for regulatory secretions, constitutive secretion or into lysosomes as digestive enzymes.

Peroxisomes and the MCAT

Peroxisomes are the final eukaryotic organelle required for the MCAT. They are a form of lysosome that contain hydrogen peroxide, an acid of pH 4.5 that can break down several substrates within the cell. For this reason, its main function is to break down very long chain fatty acids, as well as amino acids and ethanol. However, it is also important in the synthesis of phospholipids for the cell membrane by oxidizing the lipids for the molecule. It does this through a variety of enzymes within the organelle, most notably catalase, which breaks down the excess hydrogen peroxide. Unlike many other organelles within the cell, peroxisomes only consist of a single phospholipid membrane surrounding the organelle, thought to arise from areas of the RER.

Still wondering how to study for the MCAT? Revising the topics in each of the MCAT sections of the syllabus is a good starting point. Hopefully with the use of this guide you now have a good understanding of what you need to know about membrane-bound organelles and are able to define the characteristics of eukaryotic cells. You can find help with a whole range of other MCAT topics – including what you need to know about the citric acid cycle, the circulatory system and amino acids for the MCAT – in our MCAT subject blogs. For everything you need to know about registering, preparing for and completing the MCAT exam, check out our MCAT Guide or handy MCAT Checklist.