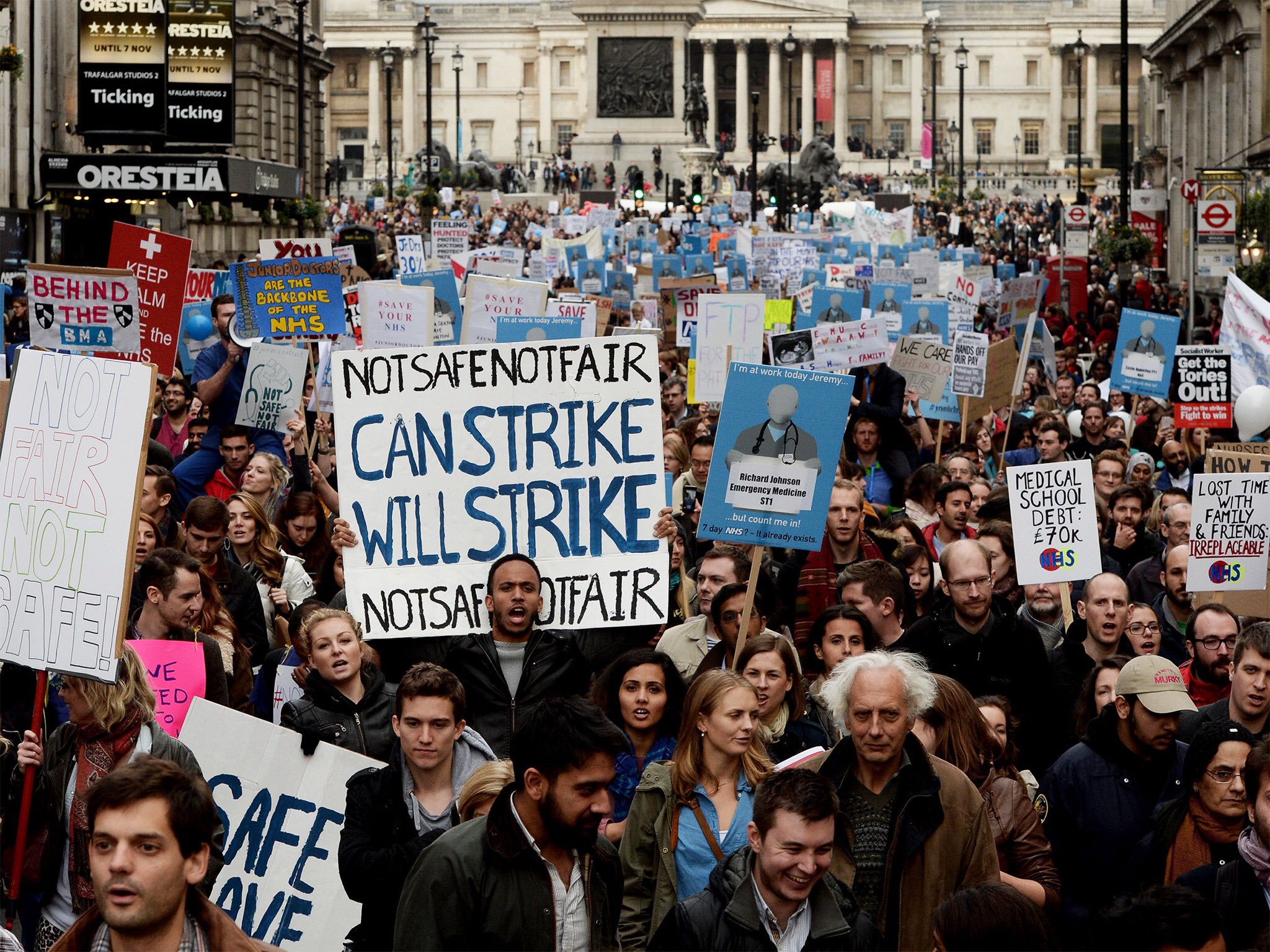 Doctors have taken industrial action twice in recent years; both were significant, marking the first industrial action from doctors in almost forty years. The first was in 2012 when the British Medical Association (BMA), which is the trade union for doctors in the UK, took the decision to strike over ‘major changes to the NHS pension’.

The second, which you may remember more clearly from news reports at the time, centered around junior doctors’ contracts in 2016. In a bid to help deliver ‘7 day services’, plans were drawn up to change what constituted unsociable working hours for junior doctors and to reduce the pay enhancements for working these hours, as well as other changes to pay. Junior doctors voted ‘overwhelmingly in favour of strike’ action and carried out four separate strikes, including the withdrawal of junior doctors from emergency care during the final strike, which had previously not been done.

Some key points to consider in regards to the wider issues surrounding industrial action by doctors and the ethical implications are:

Where you’re using articles to support your discussions within your interview, it’s always advisable to use reputable sources, for example articles within medical based journals. Having said that, in this instance, where you may want to discuss things like public opinion, mainstream media can be useful at times. This source of information could be used to demonstrate how the media portrayed public perception of the strikes at the time, therefore you may use this when discussing public trust and doctors’ duties. However, it would still be preferable to also include articles from medical journals to give a more rounded discussion of the topic.

While it’s necessary to draw upon articles relating specifically to the NHS strikes to support your discussion, you can also bring in articles which analyse medical strikes more generally, for example examining the ethical debates of the topics; you’ll find some examples of these below.

The following are articles which you may find interesting in relation to the doctors’ strikes:

These may be used as a starting point for your consideration of the topic of doctors striking, but we would recommend undertaking further research, to develop your understanding of the wider impact and to provide supporting materials for your discussions, if you receive questions relating to it during your interview.

Something went wrong. Please try again.
Thanks for signing up. You will receive an email with information on how to access the videos.
ARTICLE Contents
NHS & MEDICAL KNOWLEDGE
NHS Current Topics
NHS CURRENT TOPICS
NI Abortion Law